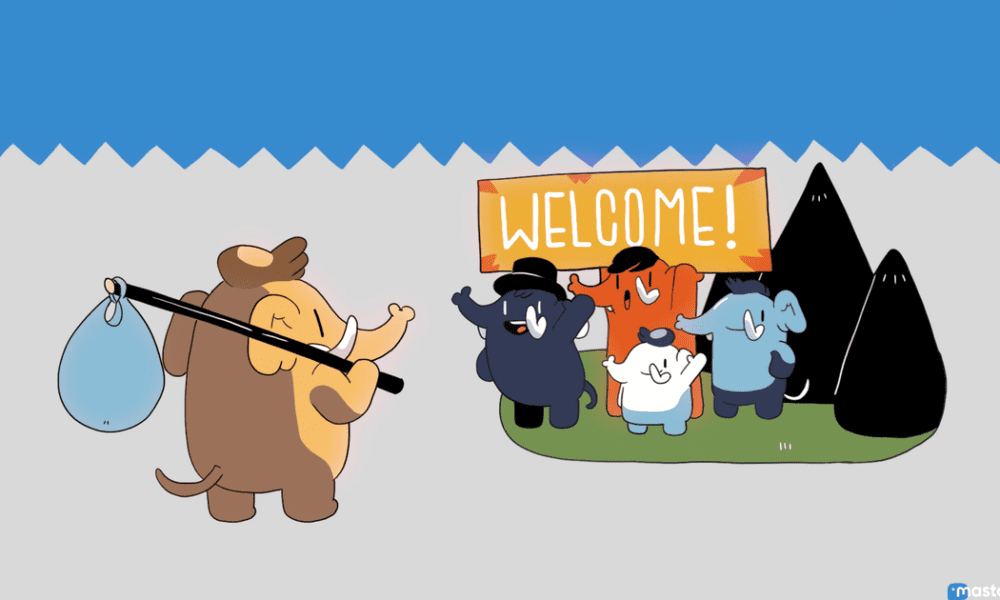 Following the purchase of Twitter by Elon Musk, the micro-blogging platform has fallen into turmoil, so much so, hundreds of thousands of users have started to abandon the social network, with many of them turning to Mastadon. So, in case you don´t know and want to join them, we thought we would explain what is Mastadon, the increasingly popular alternative to Twitter, and how you get on this growing site.

First up, what is Mastodon?

Mastodon is a German non-profit organisation that creates and provides free open-source software. The platform itself is not actually a social network, but rather a set of networks that may or may not be connected to each other. Its creator, software developer Eugen Rochko, pitches it as an alternative to Twitter, describing it as a “free, open source, decentralised social networking platform.”

Fair enough, but what exactly does that mean? That the source code is public, so anyone can access it, use it and modify it. As with many other programs and applications with this feature, people can change and improve the programming, customise it, or create new features. In other words, Mastodon’s database is available to users, it does not belong to a private company and the data is not centralised on a single server.

Although it sounds novel, the platform is not new. It was launched in 2016. What happens is that this year it has gained prominence, especially in recent weeks. The purchase of Twitter by Elon Musk and the many changes that are coming after that multi-billion-dollar acquisition have pushed thousands of tweeters to look for alternatives. Mastodon is shaping up to be a good candidate because it is similar to Twitter in many ways, but totally different in others.

So, what are the similarities between Mastodon and Twitter?

Mastodon’s appearance, options, and commands are quite similar to those of Twitter:

Messages (called toots) are written and posted just like tweets. It is possible to attach images, videos and links to web pages; also add emojis, put labels and take surveys.

Other users’ toots can be marked as favourites with a star (the equivalent of Twitter’s “like”), shared within the network itself (retoot) and shared outside of Mastodon (for example, by sending it via email or WhatsApp). You can also answer or comment, and follow hashtags.

Mastodon allows you to write longer messages (up to 500 characters, instead of Twitter’s 280) and also edit or correct them once they’ve been published, something Twitter doesn’t allow you to do, although it is one of the first new features Musk promised.

However, it doesn’t let you tag people in toot images or add comments when retooting someone else’s post.

Timeline posts appear in strict chronological order. Its appearance is not due to the number of times it has been marked as a favourite, nor to the number of followers of the person who posted it, nor to any other factor beyond time.

In Mastodon there are no ads or advertising.

Apart from these characteristics, the main differences are in concept, because Mastodon responds to a different way of conceiving a social network: if it does not have advertising, it is because the system works with collective microfinancing.

How do we begin on Mastadon?

Mastodon is not a single website. To use the features offered by the software, you need to create an account with a provider—they are called them servers—that lets you connect with other people across Mastodon.

The first step is deciding which server you’d like to make your account on. Every server is operated by an independent organisation or individual and may differ in moderation policies. You can find a list of Mastadon servers at joinmastadon.org.

Mastodon can be used on the computer (with a web browser) or on the mobile, through its applications (both iPhone and Android).

Choosing a home in a neighbourhood: choose “instance” in Mastodon

To understand the model, we can think of Mastodon as a residential neighbourhood in which there are several houses of different types and sizes. Each ‘home’ has its own rules of behaviour and coexistence, and there are some that can house more people than others. Some also have very specific interests, from sports and astrophysics to social rights and gardening.

Each Mastodon ‘home’ is an ‘instance’ or ‘server’. These are independent of the others, but they can be related, in the same way that in a neighbourhood we relate to the rest of the neighbourhood.

To use Mastodon you have to choose one of those ‘homes’. Before doing so, it is necessary to first read their rules and their interests, to know that we agree and that we will feel comfortable there.

Today, most of the new users sign up at mastodon.social, a very large instance that acts as an ‘inn’ for those who have just arrived. However, the best thing to do is to sign up for an instance that interests us, or move to it once we have chosen it (in Mastodon it is possible to “migrate accounts” or change hosting).

Interacting with the other ‘neighbours’ (users)

Mastodon users are hosted on “instances”, but they are not hermetic: they can be in contact with others. Thus, in addition to reading the messages of those who are hosted in the same instance as us, it is possible to read, comment and share messages from ‘neighbours’.

When there is an annoying neighbour, we can silence or block them —just like on Twitter—, but it is also possible to go one step further: request that our instance silence or block theirs. In this way, the link between both ‘homes’ is cut: all messages from that other instance will no longer be seen in ours. This can be very useful to root out bullying situations, for example, or to protect all the inhabitants of an instance, instead of just one.

In addition, there are two timelines or temporary lines where the messages are seen:

Local: it is the timeline of our instance, where we only see the publications of our ‘roommates’; that is, from users who are hosted on the same server as us.

Federated: it is the timeline where the most recent public publications of the people on our server and other servers with which we have a relationship are displayed.

The instances can be of different sizes. Depending on the capacity of the contracted server, more or fewer users fit, and more or less data and information flow. The smallest admit up to five people; the largest, more than 2,000.

The use of the server and its maintenance has a cost; and management requires time and dedication. Moderating an “instance” is like running a house: you have to make improvements, solve problems, enforce the rules, clear up doubts, make decisions, etc.

In any case, being a Mastodon user does not imply being a moderator of an instance or paying. All you have to do is enter the website, choose between the different instances available and sign up. In some, access is immediate, while in others you have to request it and wait for them to admit you. Each ‘home’ has its rules.

The person who creates the instance bears the maintenance costs, although users can contribute. The most widely used method is crowdfunding (often with contributions to crowdfunding platforms like Patreon). That allows you to pay the costs of the server and keep it running.

Home » Business » What is Mastodon, the increasingly popular alternative to Twitter?
a

Manage Cookie Consent
We use technologies like cookies to store and/or access device information. We do this to improve browsing experience and to show personalised ads. Consenting to these technologies will allow us to process data such as browsing behaviour or unique IDs on this site. Not consenting or withdrawing consent, may adversely affect certain features and functions.
Manage options Manage services Manage vendors Read more about these purposes
View preferences
{title} {title} {title}
Skip to content