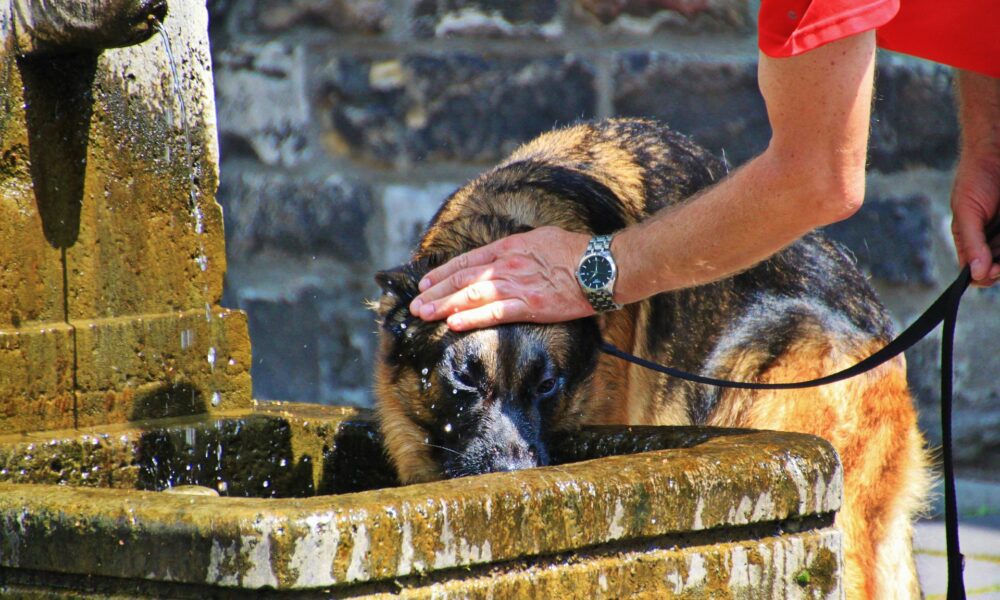 The summer of 2022 will go down in history as one of the hottest since records began in Europe, as demonstrated by the record temperatures that have been recorded in most countries as a result of the intense heat waves that have occurred during the summer season. The continent is one of the clearest examples that our world is heating up more and more due to climate change.

This has been revealed by a report published by the World Meteorological Organisation (WMO). According to the report, the increase in temperatures that has been observed in Europe over the last three decades represents more than double the average increase in temperature that has been recorded globally. “On no other continent have temperatures risen so significantly,” say the authors of the report “State of the climate in Europe”.

In the period between 1991 and 2021, temperatures on the European continent have increased significantly at an average rate of approximately +0.5 °C per decade. Last year, high-impact weather and climate events caused hundreds of fatalities, directly affected more than half a million people, and caused economic losses in excess of $50 billion. The report details that around 84% of these phenomena were floods or storms.

As the warming trend continues, society, economies and ecosystems will be increasingly affected by exceptional heat events, forest fires and floods, among the many effects of climate change.

“Europe is a living reflection of a warming world and reminds us that even well-prepared societies are not safe from the consequences of extreme weather events. This year, as in 2021, large parts of Europe have been affected by extensive heat waves and droughts, which have fuelled forest fires. In 2021, exceptional flood events caused death and destruction,” WMO Secretary-General Professor Petteri Taalas said in launching the report.

“In the field of mitigation, the good pace in the reduction of greenhouse gas emissions in the region must be maintained and more ambitious objectives must be set. Europe can play a decisive role in achieving a carbon-neutral society by mid-century and thus comply with the provisions of the Paris Agreement”, he added.

The reality we are experiencing has serious implications in terms of health. The report does not hesitate to state that although Europe is at the forefront of initiatives to mitigate climate change and develop innovative solutions to adapt to the climate, European society is vulnerable to the consequences of global warming. A problem that can be extended to the rest of the continents, as shown by the forecasts of the World Health Organisation (WHO) which indicate that between 2030 and 2050 climate change will cause more than 250,000 additional deaths each year caused by malnutrition, diarrhoea, infectious diseases such as malaria or heat stress.

“Climate change is the greatest health threat facing humanity,” the WHO has stated on numerous occasions. The Intergovernmental Panel on Climate Change (IPCC) concluded that to avoid catastrophic health effects and thus prevent millions of deaths related to climate change, the world should limit the increase in temperature to 1.5°C. Even if this goal were reached, the situation would not be safe since each additional tenth of a degree added to global warming will have dire consequences for people’s health.

The ways in which climate change is affecting health are multiple. The aforementioned extreme meteorological and climatic phenomena (storms, floods or heat waves) cause the interruption of food systems, the increase in zoonoses and the spread of vector-borne diseases, famines, water scarcity and mental health problems, among others.

Although the health effects of climate change are unequivocal, it remains challenging to accurately estimate the scale and impact of many of the risks it poses. “In the short and medium term, the impacts of climate change on health will be determined, mainly, by the vulnerability of populations, their resilience to the current rate of climate change and the extent of the rate of adaptation. In the longer term, the effects will depend more and more on the measures that are adopted and the transformations that are carried out to reduce emissions and avoid breaches of dangerous temperature thresholds and possible irreversible tipping points,” says the WHO.

In this sense, returning to the conclusions of the report with which we began these lines, in the field of mitigation, the good pace started in the reduction of greenhouse gas emissions in the European region must be maintained, but more ambitious objectives must be set. “Europe can play a decisive role in achieving a carbon neutral society.