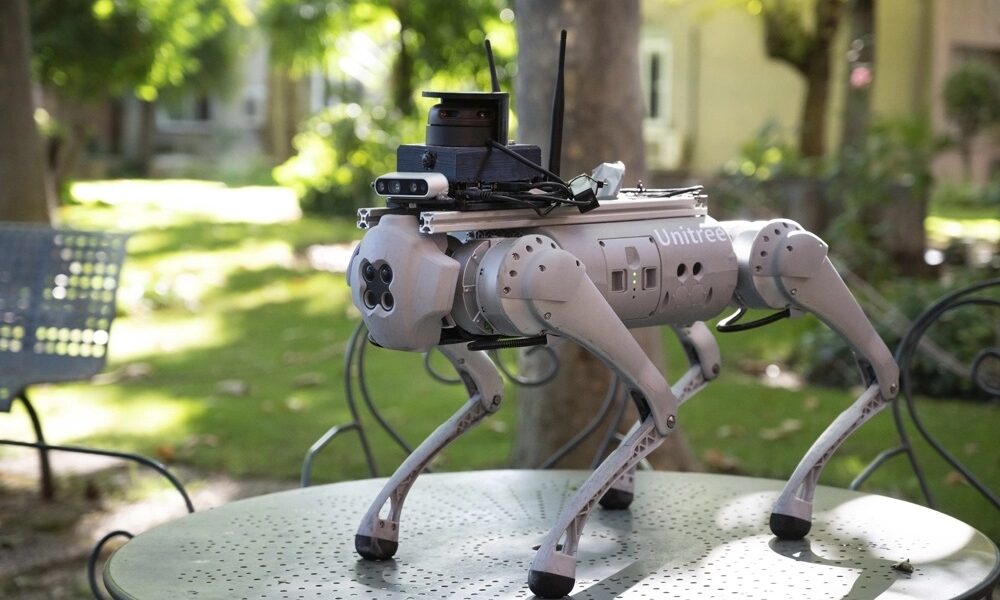 A team from Spain´s Consejo Superior de Investigaciones Científicas (CSIC), or the Spanish National Research Council, the largest public institution dedicated to research in Spain and the third largest in Europe, has created a dog-shaped robot equipped with artificial intelligence that can serve as a guide dog for dependent or disabled people.

Among its multiple features, its ability to unequivocally distinguish between an object and a person stands out, thanks to its automatic learning system and the camera that it has built into its head. By being connected to Google, it can know information in real time, such as the traffic situation, and it is able to communicate it to its owner or to other people by voice.

Although its metallic appearance and its sudden and millimetre movements keep it from looking like an animal, its creators had guide dogs in mind when they began to think about the possibilities of Tefi, which is how this robot has been baptised in honour of the initials of the institute from where he was born in the Instituto de Tecnologías Físicas y de la Información (ITEFI), in Madrid.

The robot dog has GPS for outdoor navigation and takes advantage of tools such as Google Maps to guide it to different places, such as stores, restaurants and hospitals. Likewise, the researchers have implemented artificial vision algorithms that help their navigation and the identification of certain objects, such as traffic signs, traffic lights, streets, people, chairs, tables, computers or QR code information.

Apart from its usefulness in guiding the blind, its creators especially highlight its potential when it comes to assisting the elderly with dementia or Alzheimer’s patients. “In addition to notifying his owner of the time he has a doctor’s appointment, Tefi is able to guide the human directly to the doctor’s office using only a map of the building that he can obtain if it is accessible. Thanks to its connection to the mobile phone network, the robot can also request a taxi so that the patient does not have to worry about almost anything”, explains the doctoral student in Robotics, Gerardo Portilla, father of this robotic dog, as he gives orders and shows the different tools it has.

Its quadrupedal shape makes it suitable for moving in any environment, even on stairs, and it is capable of doing a backflip, for reasons best known to the inventors. “He is very robust and dynamic in rugged environments and much cheaper than a guide dog,” says his creator.

“Currently, automatic driving for guidance has already been developed, as well as the necessary artificial intelligence for the detection of objects, people and signalling.  It can communicate by voice with the person to carry out the tasks that are requested and can also tell what it sees through his camera and the information he receives from the internet,” says Portilla.

Until now, the researchers have carried out different navigation tests inside the institute and have verified that the robot is capable of guiding the user to different areas of the building with voice commands. The scientists hope to soon start testing how Tefi navigates outdoors, where the environment is more dynamic.

“The application that this robot has is above all social, and that is what differentiates it from the dog of the American company Boston Dynamics, which was designed for industrial purposes. Obviously, it will never replace an animal, which provides companionship and affection, but the range of possibilities and applications is quite wide,” says Francisco Montero de Espinosa, a CSIC researcher at the same centre.

Although Tefi’s design is still preliminary, the researchers hope to be able to install sensors in a short period of time that can detect warning signs, such as high blood pressure or the presence of volatile chemical agents in a home. “Human-machine and machine-machine communication is the hallmark of this robot. In order for its potential to be complete, it is key to ensure that it learns behaviours on its own, something that we are focused on right now”, concludes Montero de Espinosa.